What Chemicals Are in Your Tap Water?

What Chemicals Are in Your Tap Water?

There’s nothing more refreshing after a long, hot day than a glass of icy cold water. But did you know the water that’s coming from your tap may contain chemicals and other contaminants that are bad for your health? You’re probably getting a lot more from your tap water than you’re asking for – and not in a good way! Keep reading to get the 411 about the H2O you’re putting in your body.

Don’t let the crystal clear appearance of your tap water fool you. It’s still full of chemicals and contaminants that you do not want in your body. It’s true that your city’s water treatment plant has to meet federal standards imposed by the Safe Drinking Water Act, but the water that leaves the plant can get contaminated on the way to your tap due to old wastewater systems, faucets, and pipes.

Here are some common chemicals and contaminants you may find your tap water:

Bisphenol A (BPA): You probably know BPA as a chemical used in making plastics, so you may be surprised that you can find it in you tap water before it ever gets put into a plastic bottle. It’s true, BPA is also used in the epoxy that coats water pipes, which gives it the ability to contaminate your water. BPA is lined to heart problems, obesity, and cancer.

Chlorine: Chlorine is used to disinfect the water and is generally considered necessary. The problem comes when too much chlorine gets into the tap water you drink. Chlorine can mess with your nervous system and irritate your nose and eyes, and if you’re particularly sensitive, your skin as well.

Giardia Lamblia: Giardia is a parasite that can cause giardiasis, which is an illness that causes diarrhea, vomiting, and stomach cramps. Giardia enters the water supply due to animal waste and sewage.

Lead: You’ve probably heard about lead paint in homes or lead paint on children’s toys becoming a serious health concern in recent years. So, it’s safe to assume that if you don’t want it on your walls on or your child’s toys, you don’t want it in your tap water. Still, the EPA doesn’t take action until the amount of lead in water exceeds 15 parts per billion. This is a real concern because lead can cause developmental problems and brain damage in children as well as nervous system and kidney damage in adults.

Mercury: Mercury commonly comes from runoff from farmland, factory waste, and seepage from landfills. Mercury can cause kidney damage in the short and long term, so it should be avoided when possible.

The best way to protect yourself from the chemicals and contaminants found in your tap water is to use a water filtration system that is designed to filter out all of the contaminants listed above (and more).  They’re easy to use and easy to install, and may prevent loads of health problems down the road.

The good news is that Tracy’s drinking water is purer than what you’ll find in most cities. While the groundwater contains more than the average amount of boron, Tracy’s drinking water met or exceeded all state and national requirements. You can learn more from the most recent consumer confidence report, available here. 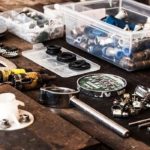 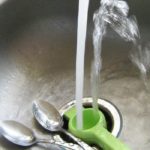 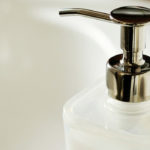 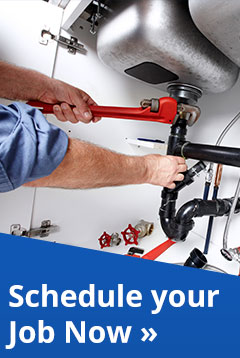